The bicycle races that were launched as a precursor to the Kingdom’s 200th anniversary will be undertaken by all 9 counties of the Tooro kingdom. The final race shall be held during the Empango celebrations week and shall be provided over by the King of Tooro.

Michael Wandera, the Tooro kingdom sports minister who presided over the Sunday bicycle racing event in Fort Portal said that the city had registered the highest number of participants since they started.

“Am happy that we are progressing on very well I appreciate everyone who is participating in these exciting challenges. I urge more and more people to turn up for the rest of the races,” Wandera said. 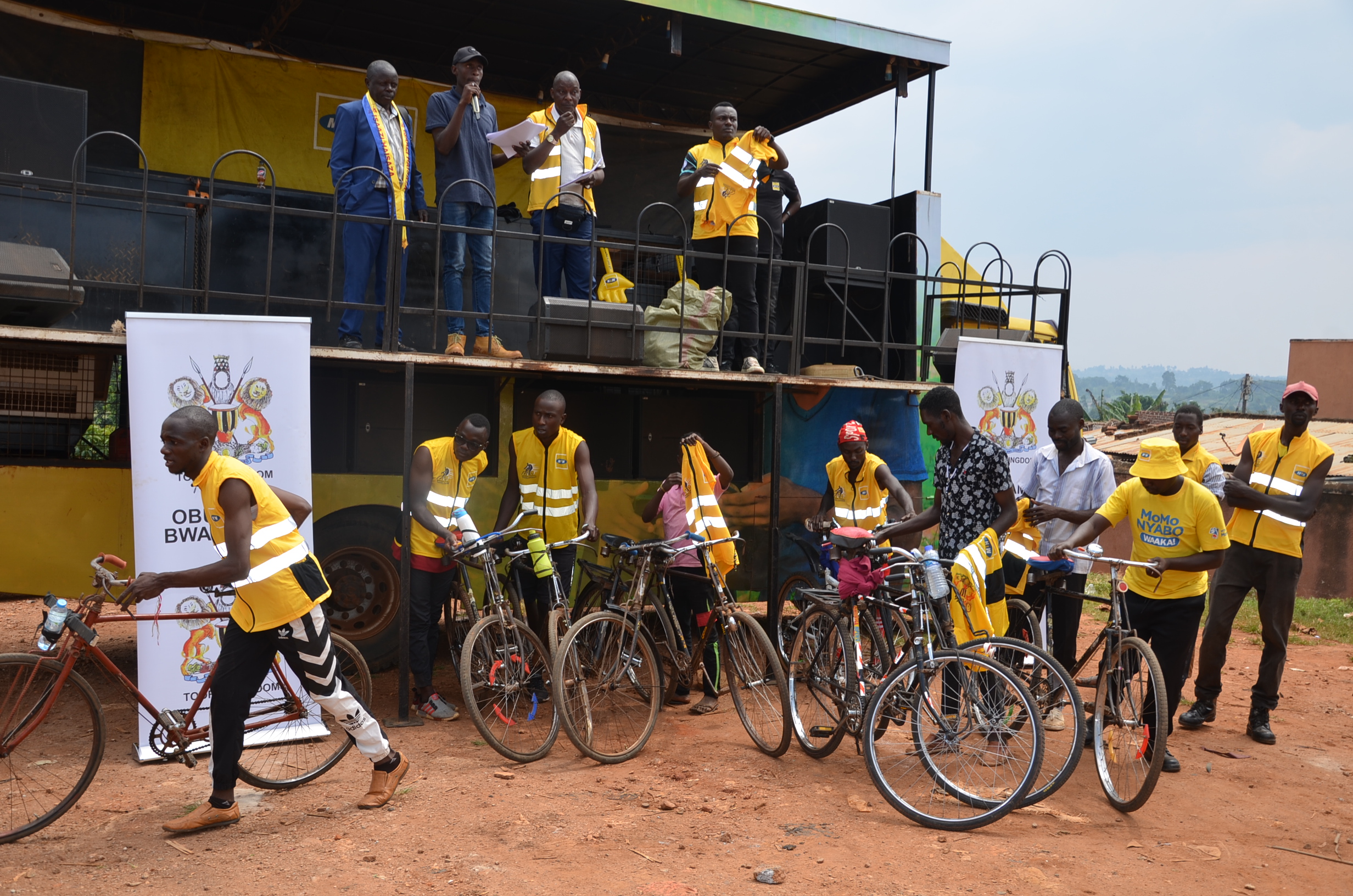 “As a kingdom, we are very happy with MTN because it has supported a lot of activities in the kingdom and we shall always work with them,” Wandera noted.

Steven Ayebale who participated and came first in the ordinary bike category could not hide his excitement after receiving his cash prize of 500,000 shillings.

“Am happy that I have finally won and MTN has given me cash I’m going to buy another bicycle and am encouraging other people to also participate because it’s a very good event and well organized,” Ayebale said.

The other ordinary bike category winners were; Musa Kavuma in the second, Godfrey Ngozi came third, Moses Nabasa was the fourth and Robert Isingoma was the fifth.

In the sports bike category the winners, from first to fifth were: David Semu, Robert Tugume, Peter Asiimwe, Frank Tusiime, and Wilbert Tusiime

How many additional MBs do you get when you pay UGX 250?

How many data bundles have been increased at the same price?

Please enter your MTN mobile number to receive your MBs

MTN is regulated by the Uganda Communications Commission reachable on 0800222777 (Toll Free).

MTN is regulated by the Uganda Communications Commission reachable on 0800222777 (Toll Free).